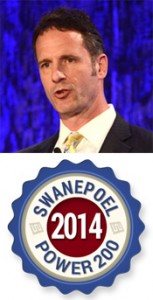 Since early 2002, Glenn Sanford has been actively involved in the online real estate space. In early 2007, Mr. Sanford launched BuyerTours Realty, LLC which, using a combination of web and traditional bricks and mortar, grew to three offices and into two states. After the drop off of the market in late 2008, Mr. Sanford and his executive team went back and rewrote the entire business model in recognition of the “perfect storm” of lower revenues, fixed or rising overhead costs, and a consumer with more information and access than ever before. eXp Realty, LLC was launched in October 2009 as the first truly cloud-based national real estate brokerage which meant giving up the traditional bricks and mortar environment and moving to a fully-immersive 3D virtual office environment where agents, brokers and staff collaborate across borders while learning and transacting business from anywhere in the world. In 2013, eXp Realty became a subsidiary of eXp Realty International Corp.  Since that time eXp Realty has quickly grown to 35 states throughout the United States and Alberta Canada.

Prior to real estate, Mr. Sanford was active at the executive level with a number of technology-related companies. In 1998, Mr. Sanford founded and served as President for eShippers.com, an online e-commerce and logistics company.