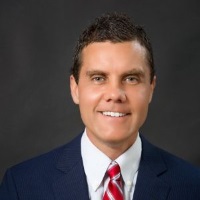 Jason Gesing became President of eXp Realty International Corporation (OTC:EXPI) in September, 2013. Since that time the company has achieved annual growth at a rate which positions it as one of the fastest growing real estate brokerages in the United States.

As President of eXp Realty, the Agent-Owned Real Estate Cloud Brokerage, now operational in 30 US States and parts of Canada, Jason Gesing is actively engaged in driving company growth while working with the rest of the eXp executive team to ensure that systems, processes and infrastructure exist to support expansion. Jason participates regularly in business model profitability discussions with owners of leading independent brokerages and others demonstrating the company’s high-engagement, cloud-based model and its dramatic impact on cost, profitability and the synergies that exist when the agents and brokers of a publicly-traded real estate brokerage are also its shareholders.