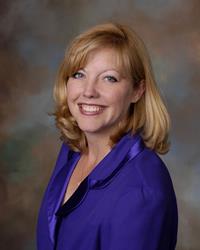 Bartholomae has over 15 years of real estate industry experience, including more than 6 years as a Team Leader in the Keller Williams organization, during which time she achieved net agent gain of 192% and gains in both agent production (47%) and profit (56%) in the market centers she managed in Southern California and Texas. Bartholomae also has extensive experience in the coaching and training of real estate professionals, which includes the development of mentor programs for new agents. Bartholomae joined eXp Realty in Houston, Texas, where she now resides, in July 2015.

“Becoming part of eXp Realty, was a defining moment for me both personally and professionally,” said Bartholomae. “It is so exciting to be part of the future of the industry I love. eXp’s business model is completely disruptive in real estate by eliminating bricks and mortar and giving the agents true ownership in the company. My role as President gives me the opportunity to serve my agent ownership partners and bring about revolutionary change to our industry at the same time.”

“The eXp Realty business model offers unique and empowering professional development and wealth-building opportunities to real estate professionals because of the Company’s innovative use of technology,” said Gesing. “However, as beneficial and lucrative as the model is, people are joining us because we’ve been able to create an environment and a community that entrepreneurial agents want to be a part of. It’s a community of professionals who work very closely together, who support one another, and whose voices are and will continue to be heard, both as agents and brokers of the company, and as its shareholders.”

“I am very excited about Jason and Vikki working together to steward the real estate division of eXp World Holdings,” said EXPI Founder and CEO, Glenn Sanford. “Jason and I have been working closely together over the last three years and he has really articulated the value proposition in a way that resonates with those who are making meaningful differences in the industry. I have also been very impressed with the way Vikki has selflessly engaged with the Company from the moment she joined, serving to improve and grow the organization even when her role with the company was not well defined. Vikki possesses and has demonstrated great strength and tremendous talent and it quickly became clear that she needed to play a much larger role in the leadership of the company. I believe, based on my observations over the last six months in particular, that Jason and Vikki working together to lead the real estate division will result in even greater differentiation of the agent ownership model relative to the rest of the industry. I fully expect that the culture of the company will continue to strengthen and that the growth of the company will continue to accelerate.”

The statements contained herein may include statements of future expectations and other forward-looking statements that are based on management’s current views and assumptions and involve known and unknown risks and uncertainties that could cause actual results, performance or events to differ materially from those expressed or implied in such statements. Such forward-looking statements speak only as of the date hereof, and the Company undertakes no obligation to revise or update them. These statements include, but are not limited to, statements about the Company’s expansion, revenue growth, operating results, financial performance and net income changes. Such statements are not guarantees of future performance. Important factors that may cause actual results to differ materially and adversely from those expressed in forward-looking statements include changes in business or other market conditions; the difficulty of keeping expense growth at modest levels while increasing revenues; and other risks detailed from time to time in the Company’s Securities and Exchange Commission filings, including but not limited to the most recently filed Annual Report on Form 10-K.

Social Media Disclosure: Investors and others should note that we announce material financial information to our investors using this investors website, SEC filings, press releases, public conference calls and webcasts. We also use social media to communicate with our subscribers and the public about our company, our services and other issues. It is possible that the information we post on social media could be deemed to be material information. Therefore, we encourage investors, the media, and others interested in our company to review the information we post on the U.S. social media channels listed below. This list may be updated from time to time.